Today, our favourite four lads, The Vamps start their headline tour in the wonderful city of Sheffield!

It seems like only yesterday our favourite four were supporting McFly on Best of McFly Tour! Oh how time flies!

It’s been a year since the band released their debut single, Can We Dance which shot the boys to stardom! Supporting Taylor Swift and The Wanted, playing Wembley (Stadium!), touring America with Austin Mahone, releasing their debut album ‘Meet The Vamps’ (which is amazing, if you haven’t already got it!) oh and they’ve also collaborated with the likes of Demi Lovato and Shawn Mendes – ever so casually!

The Meet The Vamps Tour, sold out pretty much as soon as tickets went on sale *wipes away proud tears*! How amazing?!

With support from Luke Friend, Nina Nesbitt and EofE – it’s set to be an incredible tour! 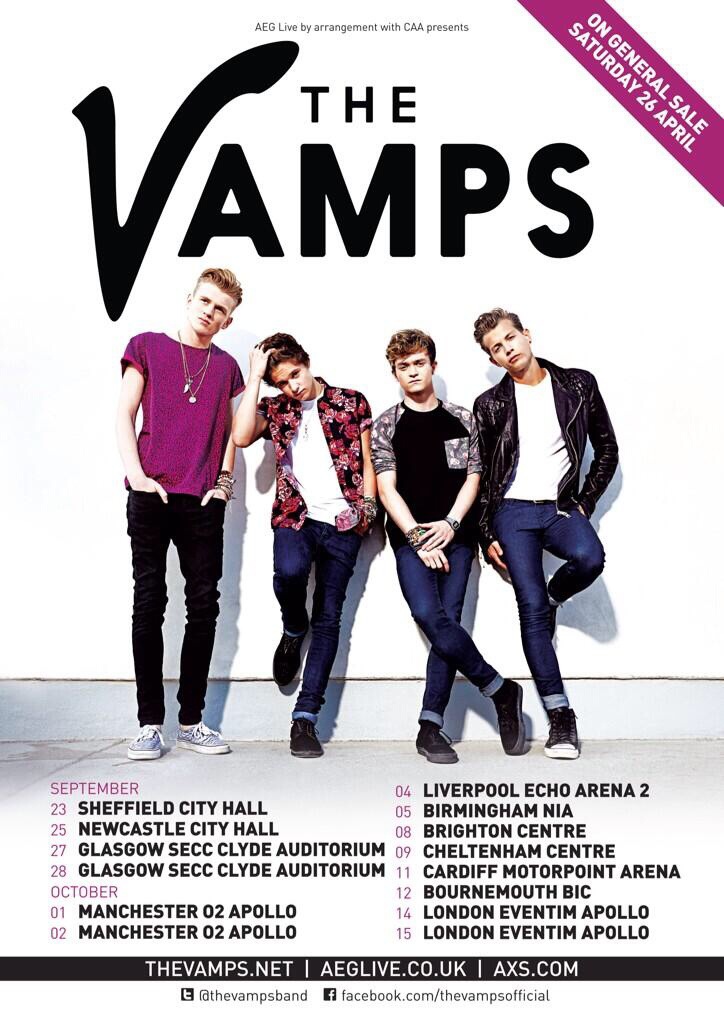