Fusion is back with one of the hottest, if not the hottest line up of the summer – closing this summers festival season with one hell of a weekend. With some of the best names in the music industry, it’s not a weekend you want to miss. Heading back to Otterspool Promenade, Liverpool – Fusion 2018 will be headlined by French superstar DJ David Guetta and Canadian pop sensation, Shawn Mendes on September 2nd and 3rd! This years line up was revealed on Capital Liverpool by Dylan, Gemma and Adam – with the announcement sending shockwaves across Capital North West & North Wales, Capital Manchester, Capital Yorkshire and of course, Capital Cymru!

Want to know who’s performing? Of course you do! Well… Here’s the line up!

How incredible?! Tickets go on sale this Friday (February 23rd) at 9am on the official Fusion 2018 website so set your alarms! There are a limited amount of residents tickets available for those living in the L17, L18 and L19 area of Liverpool – follow this link and use the code ‘Residents’

David Guetta (who is INCREDIBLE live), has worked with some of the biggest names in music, such as Kelly Rowland and Rihanna. Not to mention the fact he’s sold a staggering 8 million singles and has six number one singles! So his set is certainly set to go off with a bang! The Saturday line up is also filled by Jess Glynne who has five number one singles – holding a world record! As well as music royalty, Clean Bandit! 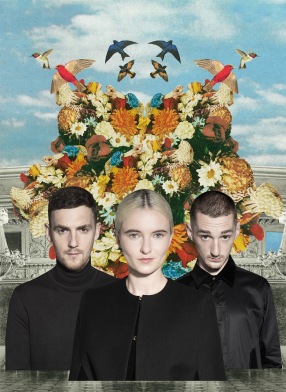 Now… Hold your screams in. Shawn Mendes, responsible for the huge hits Treat You Better, There’s Nothing Holdin’ You Back and the number one single Stitches – the Canadian singer has gone on to bag multiple awards and sell out tours across the world in a matter of minutes at the young age of 18 – no biggie really? I’ve seen Shawn live before and you’re in for a treat! Speaking about headlining Fusion 2018, Shawn said “I’m so excited to be headlining Fusion this year. So many awesome musicians have played the festival in the past and I’ve heard it’s incredible. Can’t wait to see you all!” 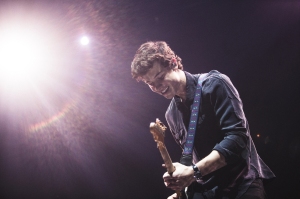 Joining Shawn on Sunday, will be Swedish sensation Zara Larsson – responsible for huge hits, Lush Life & Ain’t My Fault who will be bringing her incredible presence to the stage! Zara stated “I love the UK and especially all of my fans over there so I can’t wait to come back to perform at Fusion 2018!”

Damien Sanders, Event Director of Fusion 2018 spoke about Fusion 2018 & said “Every year Fusion grows and the line up is filled with more superstars. Fusion 2018 will once again impress the crowds with the biggest acts of the year playing including David Guetta and Shawn Mendes!”

Let me know in the comments below if I’ll be seeing you at Fusion 2018 and who you’re most looking forward to seeing!