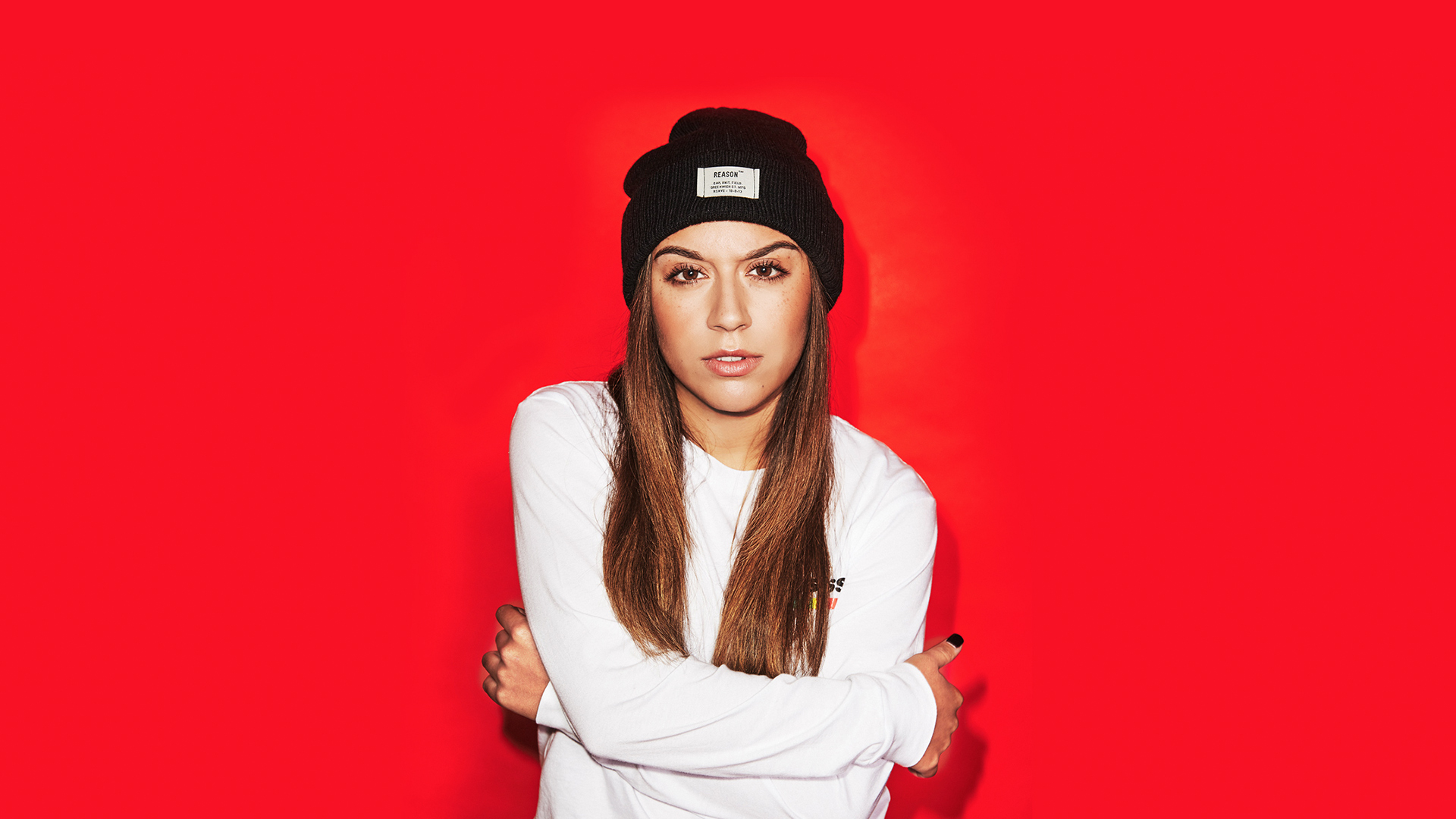 Chelcee Grimes grew up in a quiet suburb of Liverpool and went from playing ladies football for one of the UK’s biggest football clubs to writing songs for artists such as Kesha, Dua Lipa, The Saturdays and Kylie Minogue as well as signing a recording contract with one of the world’s biggest labels, Sony RCA. I sat down with Chelcee to chat about everything that’s happened and to get all the latest gossip for you music lovers! We chatted about everything from us both being back in the North West to Chelcee’s debut album due for release this year, following the release of her debut single Just Like That!

A lot has happened in the last few years for Chelcee, from being released from her first Sony contract, to having a song of hers performed on The X Factor, working with Louisa Johnson, a number one song in Asia, signing a record deal and working on her debut album- as Chelcee said “ this year has been pretty magical”.

Although this is her second time signing for the label, having signed once when she was 19, now 24 and a strong believer in fate, Chelcee explained “I do believe everything happens for a reason. It just didn’t work out”. Showing true Liverpudlian spirit, the hit maker bounced back from this setback coming back with more impressive vocals and hit songs which she believes is even more rewarding than her first signing to the label and that this is the key to her current success.

Growing up in a city famous for its musical heritage with artists such as The Beatles, Atomic Kitten, Melanie C and of course, our Cilla (Black) – it was inevitable that somebody from Liverpool would grow up around music – that wasn’t always the case for our favourite singer initially intended on becoming a footballer, recalling that she often played football with the boys on her street because she was the only girl on her street, so naturally had to play football if she wanted to join in! Chelcee currently plays for Fulham as well as producing hit after hit.

At the age of 19, she wrote and recorded one of her fans favourite tracks Mannequin in her kitchen and posted the video to YouTube. Speaking of this track, Chelcee mentioned that she had been singing it a few days prior to our chat and couldn’t remember who sang the track and it hit her that it was actually her own song. I mean, that happens to us all, right? Now, this isn’t something that happens all the time – she was quick to confirm this! If you haven’t heard the track, it’s so powerful and heartfelt – to which Chelcee said the song is still very special to her and she could sing it and mean every word. She also hinted that the track could possibly make a comeback one day.

Going from recording songs in her kitchen to writing tracks for the likes of Kylie Minogue, I was intrigued and wanted to know more. Who made the first call? Being tipped off by fellow songwriters who were trying to get a cut on Kylie’s album, Chelcee was asked by now friend and music producer Cutfather, if she wanted the chance to submit a song and having nothing to lose, why wouldn’t she? Upon playing the track, she mentioned this was her first international writing trip and felt homesick and the lyrics “I feel like I’m a million miles away” rolled off her tongue. Kylie ended up loving the track, giving Aigburth born Grimes the perfect start to her songwriting journey. “I never thought my first ever cut would be for someone so iconic like Kylie no, that was crazy. I’m so thankful for that starting my songwriting journey”

As if her career couldn’t get any better for somebody who is yet to release their debut album, the track 11:11 by Taeyeon (South Korea) written by Grimes and Christian Viten hit 10 million streams within one week of being released, which has to be some sort of record! Stating how great it feels that more people she will ever meet are listening to her music, Chelcee said: “Songs are and will always be bigger than me and I’m ok with that”.

Eager to know when fans can get their hands on a copy of her debut album, I had to ask why we haven’t had the album yet! Telling me that she wished she had already released five albums. Telling me now she has over three hundred songs to choose from but she has recently got it down to twenty one with her record label – should her album be due for release tomorrow! However, explaining that until the executives put a release date on it, she will continue to write and record. However, Chelcee confirmed the album would be released in 2018.

Speaking about her journey to stardom, the Liverpool born star told me that although shows such as The X Factor works for some people, it wouldn’t have been her first choice to be spotted and although social media helped her get where she is today, social media is both a blessing and a curse.

I’m sure that the next year will be just as bright for Chelcee and you will be seeing her name and face everywhere, as well as hearing her all the time.